Indian Skipper Rohit Sharma after winning the toss decided to bowl first in a must-win game of the T20I series.

Indian bowler Axar Patel was impressive with his bowling performance (33-3 in 4 overs), but the Australian batsmen were successful in scoring 186-7 in 20 overs, which was a challenging task for team India to chase the target of 187 runs in 20 overs to win this series.

Australian Batsmen Cameron Green ( 52 runs from 21 balls- including 7 fours and 3 sixes) and Tim David (54 runs from 27 balls – 2 fours and 4 sixes) played a brilliant innings to post a high challenging total against India.

India lost their opening batsmen KL Rahul ( 1 run from 4 balls) and Rohit Sharma (17 runs from 14 balls) at an early stage of the 2nd innings.

The match seemed to be in favor of Australia by taking the crucial wicket of Indian Skipper Rohit Sharma, who proved to be unstoppable in chasing a target of 90 runs in 8 overs in the previous T20I match of this series and helped his team win that match.

But the 104-run partnership between Suryakumar Yadav and Virat Kohli gave a boosting moment for all Indian cricket fans.

Suryakumar Yadav‘s 69 runs from 36 balls ( including 5 fours and 5 sixes) along with Virat Kohli‘s 63 runs from 48 balls( 3 fours and 4 sixes) helped India recover from a collapsing start.

After the fall of Suryakumar Yadav’s wicket, Virat Kohli along with Hardik Pandya was able to play steady innings till the final over of the match.

India vs Australia 3rd T20I 2022: Final Over of the Match! A thrilling moment to be remembered!

As 11 runs were required from the final over for team India to win the series, Virat Kohli hit a huge six off the first ball in the final over bowled by Daniel Sams but was caught out by Aaron Finch in the next delivery while making an attempt to play a big shot.

Finally, 4 runs were required from the last 2 balls with Hardik Pandya on strike. Hardik Pandya (25 runs from 16 balls – 2 fours and 1 six) hit a boundary and was able to find the gap between the fielders, thereby helping India win the 3 matches T20I series by 2-1.

India vs Australia 3rd T20I 2022: Important Records of the Match

With this win against Australia, here are some of the new records by Team India created at Rajiv Gandhi International Stadium, Hyderabad:

Hardik Pandya has been following the important advice of MS Dhoni that transformed him into one of the best middle orders as well as the best finishing batsman on the Indian Cricket Team.

Virat Kohli once again proves why he is considered the Chase Master by playing a crucial knock.

Suryakumar Yadav was awarded Man of the Match and Axar Patel was awarded Player of the series.

With 20 days left for the ICC T20 World Cup 2022 starting from 16th October 2022 in Australia, the Indian Cricket Team will be set to play a 3-match T20I and 3-match ODI series against South Africa .

The series against South Africa is set to take place in India starting from 28th September 2022 (Wednesday) to October 11th, 2022 (Tuesday).

If team India would continue winning the series matches against the tough opposition teams, it would be certain to have a higher chance of winning the ICC T20 World Cup 2022 for the Indian Cricket Team as well as to focus more on their bowling performance and defending targets against the opposition. 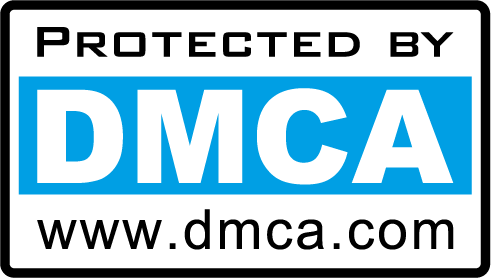